Dodge City, Kansas is the American symbol of frontier lawlessness. Wyatt Earp, Bat Masterson, and the gang from “Gunsmoke” all represent its storied history. It’s also where my mom’s homesteading ancestors landed in the USA from Switzerland. So it was with some irony that as I drove across the country to be with my mother during COVID-19, Dodge City served as the backdrop for what could be the future of America’s legislative process.

With members of Congress scattered across the country, and uncertainty over if and when they could return to D.C., our small Continuity-of-Congress working group organized a virtual mock hearing, the first of its kind in the U.S. as a test of remote systems that would allow for continuity of government during a crisis.  We were even able to secure bipartisan participation. Former Member Brian Baird (D, WA) and former Member Bob Inglis (R, SC) served as co chairs.

“There were the usual teleconferencing woes. There were home-schooling background noises, and Johnson’s microphone echoed. But other issues were more specific and became apparent as the exercise proceeded – how were the participants playing staffers supposed to whisper guidance to the members of Congress they served? What was the best way to offer an amendment? Could the parliamentarian offer real-time feedback to the chair? Were people voting both yea and nay during voice votes, knowing they were off-screen and wouldn’t get caught? What if a member yelled “point of order”—a parliamentary move that can force a crucial stop in proceedings—and the chair simply refused to hit “unmute”?

Still, to a reporter watching from home, it felt a lot like the real-world activity it was meant to simulate: a congressional hearing and bill markup.” – Why Is Congress Still Meeting In Person? [Politico]

Since that first test run, it has become clear that social distancing guidelines and critical health precautions should preclude Congress from travelling and meeting en-masse, in person until medical professionals determine that it is safe. Equally urgent is a technically-enabled solution that enables the legislative branch to carry on. Last week, we worked with American Enterprise Institute, the Brookings Institution, Bipartisan Policy Center, Congressional Management Foundation, GovLab at New York University, Lincoln Network, and POPVOX to host an even larger event, led by former members of Congress (and +60 former members as participants).  We heard testimony from retired Army General David Petraeus, representatives from Microsoft and Zoom, and a member of the U.K. Parliament, which just shed over 700 years of tradition to hold its first session online. Per normal committee prep, we created a Briefing Book for the mock hearing that provides deep background and context on Congress’ options and democratic continuity.

Tomorrow, I will be providing testimony in a virtual hearing in the Subcommittee on Investigations of the Senate’s Homeland Security and Government Affairs Committee. While the vital debate continues about remote voting and the Constitution, the deliberative process of committees is moving on. Committee hearings, after all, are how the “business” of Congress that is referred to in the Constitution–is carried out.  Hearings are a vital bridge to the American public. They provide the due diligence for policymaking and they must continue to inform, discuss and account for national priorities, even during a pandemic.

This upcoming hearing and others that follow will demonstrate resilience; that our elected leaders can pivot and surge using popular platforms until we have the rules in place for a system built for Congress and all its unique needs. Looking to the future, this progress brought about by COVID-19 is evidence that modernizing Congress is possible and that it is gaining support every day.

I’m now home with my family in Northern New Mexico. Out here in San Juan County, I’m having the full rural broadband experience (it’s not great!)  High-speed internet access is something that I’ve known about and advocated for but never actually had to worry about from my fully wired workplaces in Washington, DC. Nonetheless, I’ve figured out a way to make my internet more consistent by commandeering a Nest camera on a work shed near the horse corral.  Indeed, as people across the country have found solutions allowing them to continue working, so should the world’s most powerful national legislature.

Here are my workmates: 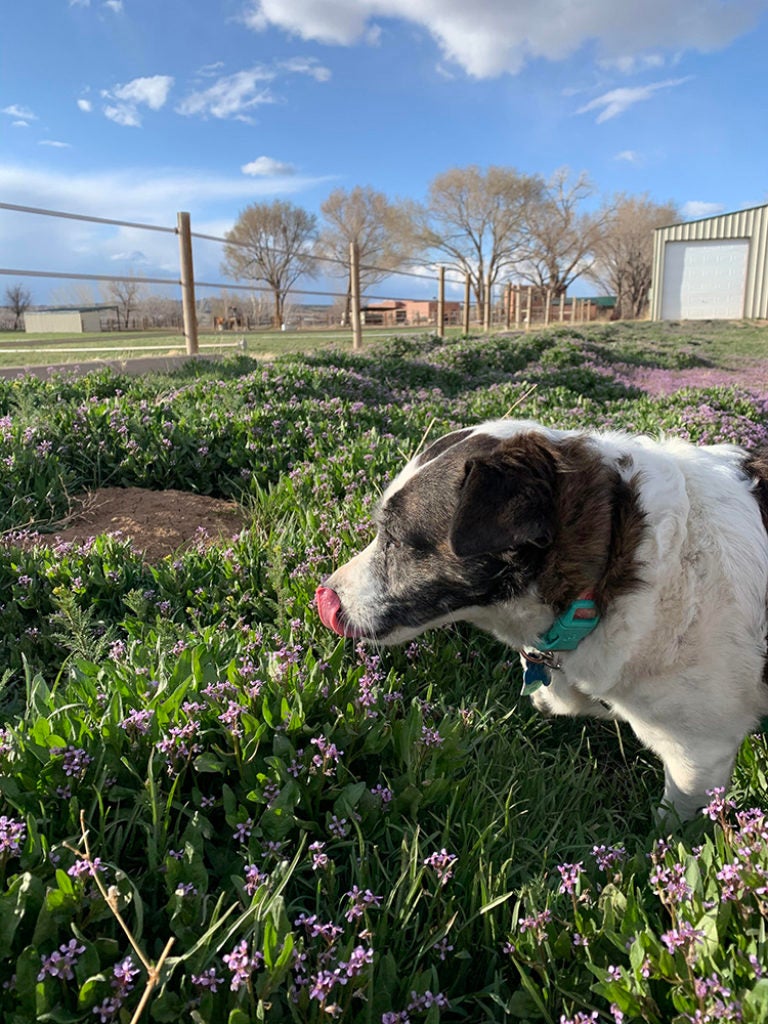 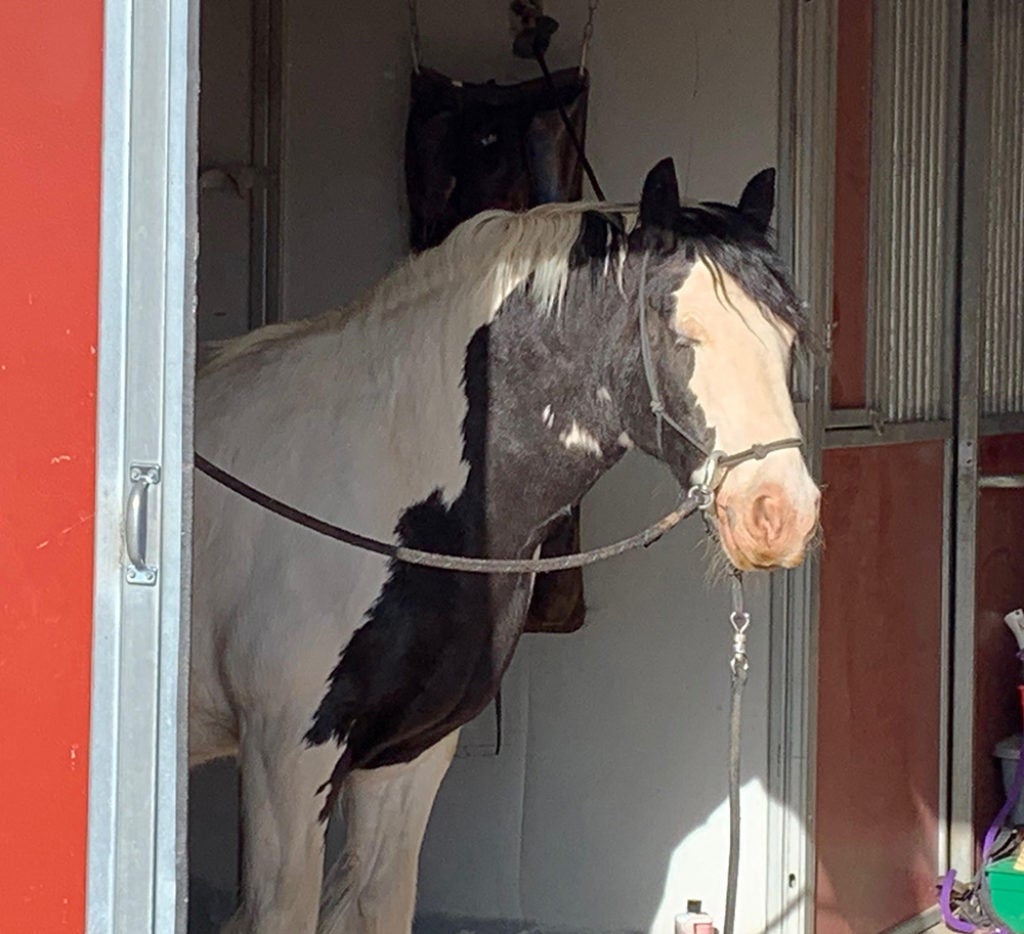 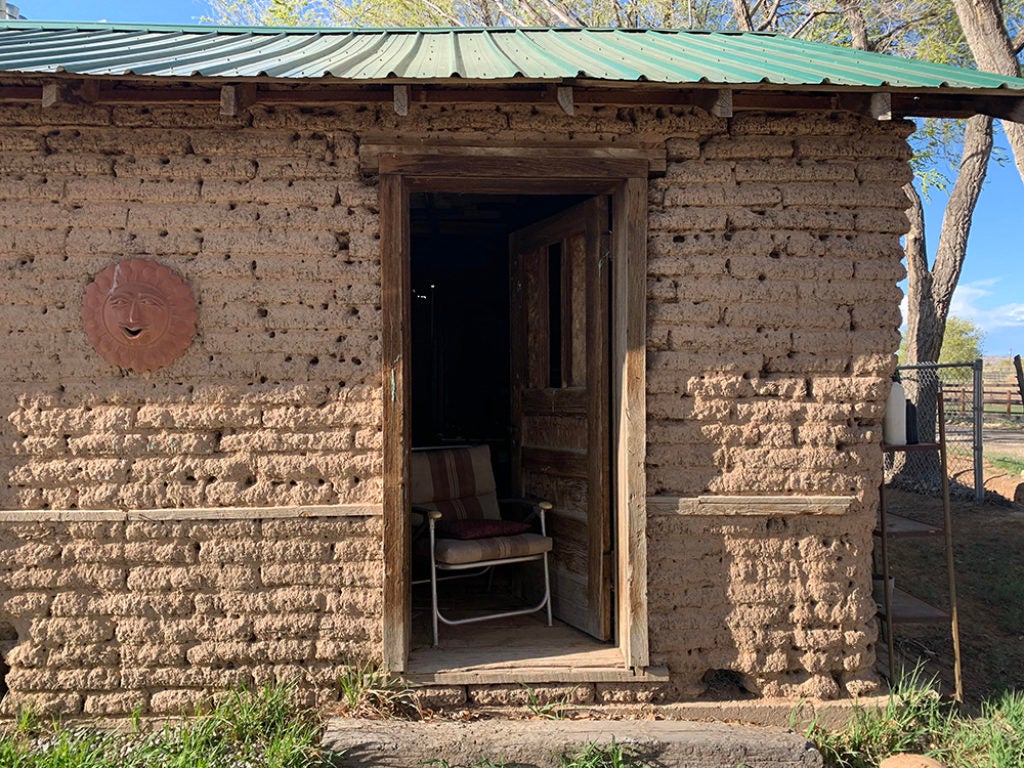