When we asked the members of the Beeck Center Opportunity Zones Investor Council to share the first words that came to mind when talking about the OZ landscape, their responses were illuminating on both the promise and challenges OZs face. An influential group of first-mover fund managers, investors and developers who have moved over $200 billion in capital during their careers, the Council met in late October at the Williamsburg Hotel in Brooklyn, NY to discuss their impactful work, share ideas, and catalyze more action towards delivering positive social outcomes for communities and investors in Opportunity Zones. 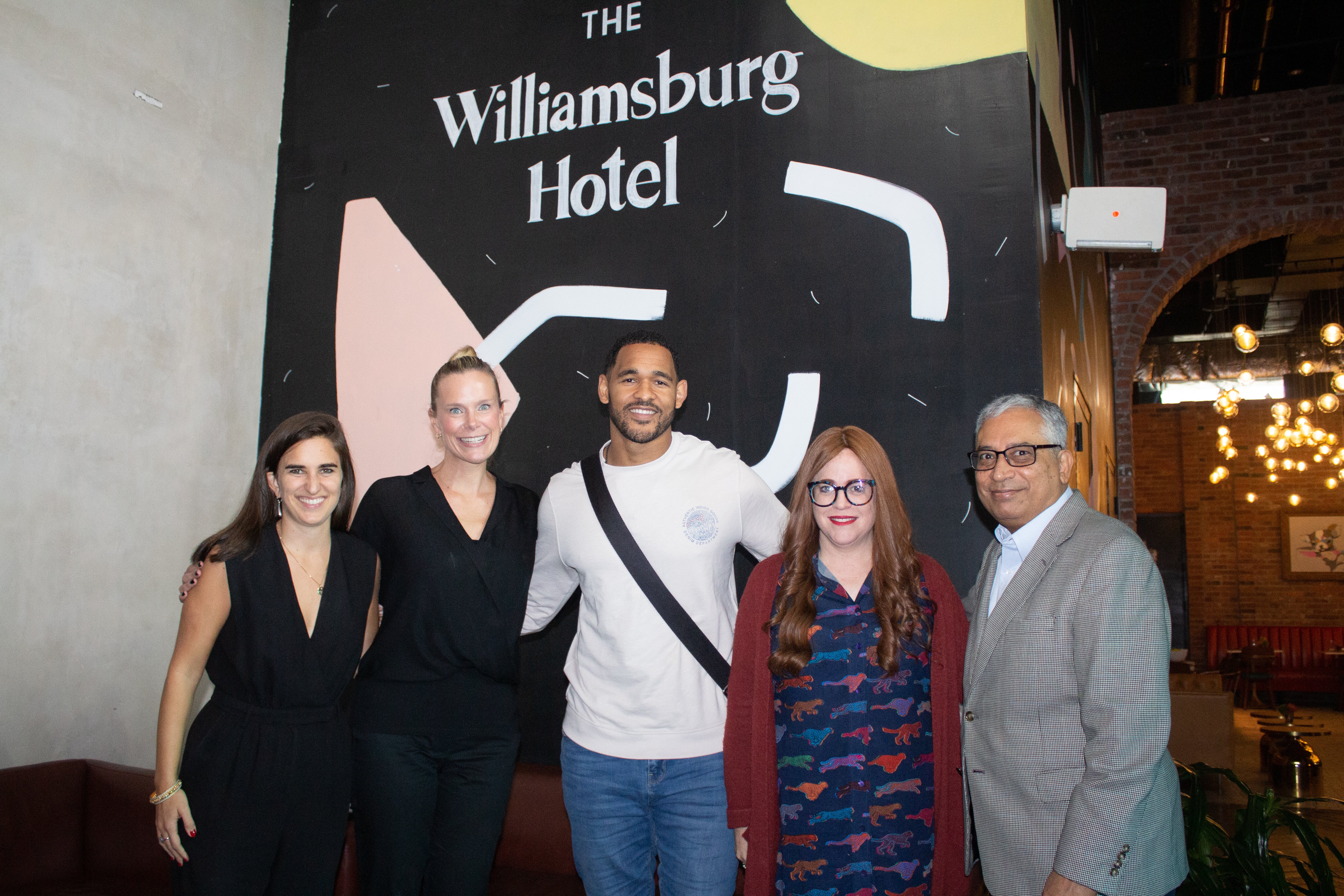 Most of the public narrative around OZs has focused on the tax benefits for investors, but the diverse Council (which includes 14 people of color and 7 women) is looking at the much bigger picture and taking into account the 35 million people living in the 8,766 designated zones. According to the Economic Innovation Group, for the majority of OZs, the economic picture is tragic:

Opportunity Zones have an average poverty rate of nearly 30 percent, and an average median family income that is 37% lower than the American average. Black Americans are significantly over-represented in zones, representing twice as large of the zone population as they do the national population.

The work of the Beeck Center is to support the original intention of the legislation, to drive positive social outcomes in these neighborhoods, improving the lives of the people who live and work in those communities today. By bringing together a diverse group of stakeholders, we create a grasstops approach between fast-moving grassroots ideas and slower-changing institutions, increasing the probability of generating impact at scale. 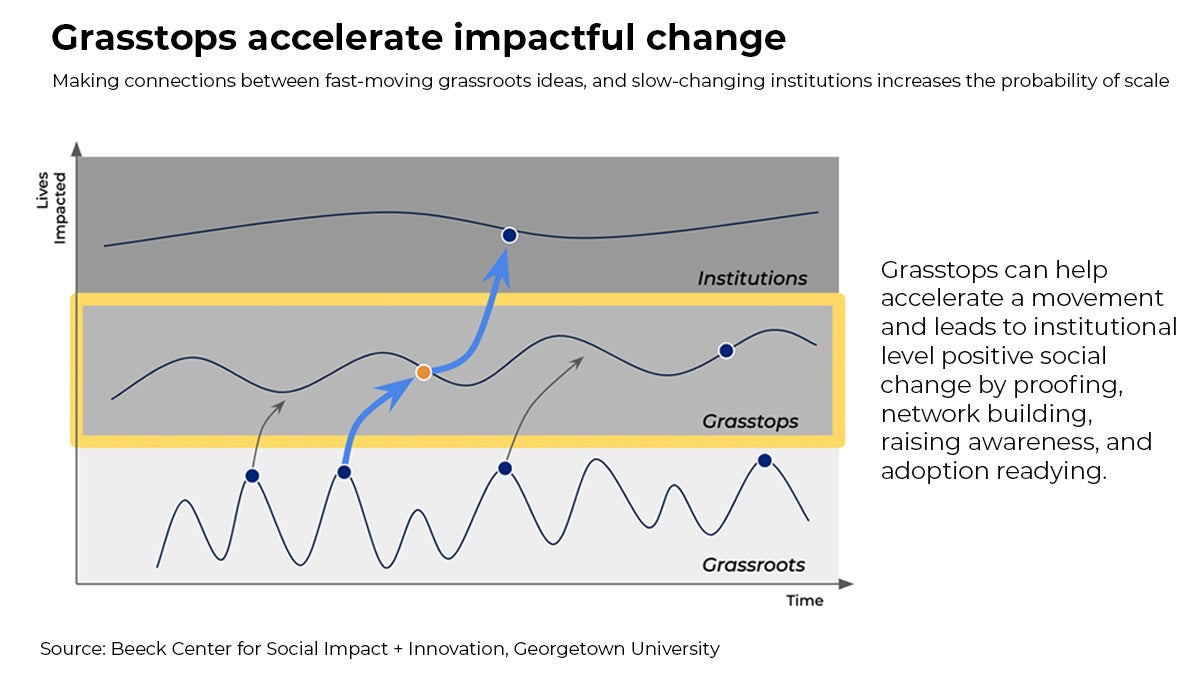 Unlocking the Promise and Potential in OZs

Beeck Center Investor Council members David Gross and former NFL player Derrick Morgan kicked off the Council meeting by sharing how they are driving impact in communities. Both influencers are deepening their efforts in impact investing through OZs. Both have powerful, personal motivation to make a real difference in underserved neighborhoods.

The meeting was grounded in three pillars: inspiration, impact, and influence. The Beeck Center acts as a field builder in driving impact across the country and invited organizations that are developing impact tools to connect projects to investors across the nation. The Center is also informing the creation of a process tool to help operationalize the OZ Impact Reporting Framework. Given the national narrative and flurry of legislative activity, these points stood out among the many topics of discussion:

1. Some OZs are problematic and need tweaks.

The Council recognizes that there are outliers and will be supportive of a thoughtful, forward-looking process to sunset high-income OZs. The national narrative is loud about the existence of wrongfully-designated zones, but we should not let that taint the reality that when OZ legislation is operationalized thoughtfully and with impact intentionality, it can lead us towards a more equitable society. This is the work OZIC members do every day, unlocking the promise and potential that lives in these neighborhoods.

2. This is not a gentrification program.

Recent news and local narratives – especially on the coasts – suggest that investment in OZs accelerates gentrification. When people use the word gentrification, they most often mean forced migration and/or displacement. The research shows that less than 4% of OZs are at risk of gentrification. Regardless of the data, Council members believe that any behavior that causes displacement is bad and should be avoided at all costs.

OZ legislation is a capital gains tax incentive. Currently there are no impact, data or transparency requirements. This reality has made the work of the Beeck Center in driving positive impact important. It’s why we co-authored the OZ Impact Reporting Framework with the U.S. Impact Investing Alliance and the Federal Reserve Bank of New York earlier this year. The Impact Framework calls for five guiding principles: community engagement, transparency, equity, outcomes and measurement.

3. Impact is happening. Patience is needed.

Opportunity Zone legislation was designed to spur capital investment and economic development in underinvested neighborhoods. To that end, the legislation requires “substantial improvement” in order to qualify for the tax benefit. This requirement means that the investor needs to double its basis in the Opportunity Zone, a provision that made real estate development first movers in the market. At this time, we know of more than 400 initiatives committed to the OZ Impact Reporting Framework, and Council members have over 30 OZ projects underway nationwide.

The thing is, development takes time – and a lot of it, especially in certain locations. David Bramble, Managing Partner of MCB Real Estate and Beeck Center Investor Council member, said it’s taken over four years just to get permits for some of his projects. The Washington State Department of Commerce Opportunity Zones Working Group recently observed, “Success will require attention, patience, resources and public/private partnerships to support local efforts,” sentiments the Council agrees with wholeheartedly.

Nearly two years have passed since the OZ legislation was enacted and the regulations are still not finished. The regulatory clarity needed for real OZ business investment was set only a few months ago. We are seeing inspiring activity in these neighborhoods, but we need time to see new capital flow in meaningful ways.

With new reporting and self-assessment tools in the works, and a host of new ideas in their pockets, the Council wrapped up two days of conversations with a renewed commitment to action.

“There is a lot of work going on in the area. The work should have been happening anyway, but OZ legislation was the catalyst toward this.”

“We are learning how to do deals that bring in as many stakeholders as possible, and collaborative behavior is really important.”

The Opportunity Zones legislation is a new tool for investors to spark development and growth in communities across the country. While OZs are new, people have been working and investing in these types of communities for decades. What’s different now is how the discussion of OZs has sparked interest from new players in the space. This group represents institutional powerhouses (Goldman Sachs), non-profits (LISC), established developers (MCB Real Estate), and non-traditional investors like Derrick Morgan, bringing added energy and asking new questions to deliver results.

To the Beeck Center, one of the most valuable things about OZ legislation is the conversation swell around it. It is bringing many new players to the world of impact. The Beeck Center sets tables so that those with deep impact knowledge can teach and collaborate with new players. OZ legislation is not the answer to every problem that exists within community development, but it provides space for smart people to converse who wouldn’t interact otherwise. Innovation comes from conversations like these, and the economic reality in OZs is illustrative of a need for major change. It’s going to require collaborative behavior. And time.