From the Census to the Office of the Surgeon General, how Kyla Fullenwider is helping ‘retrofit our democracy for the digital age’

By Ashleigh Fryer and Katie Hawkinson

Two years ago on March 6, 2020, the first-ever digital Census was launched. It was a historic undertaking and one that had been fraught with uncertainty for months, with disinformation campaigns threatening the accuracy of the decennial count before it even began. The ease of the new online response option promised to increase resident responses, thus gathering more complete data than any other Census in history. 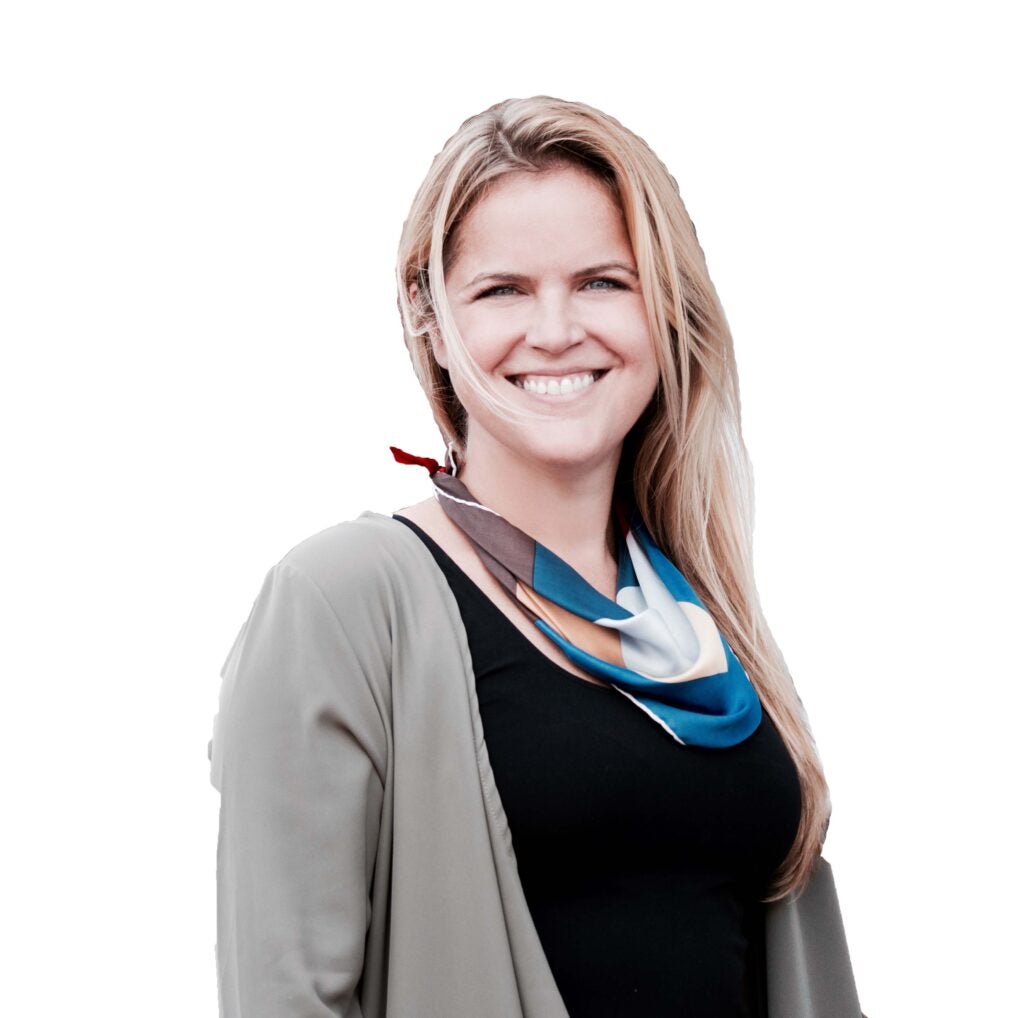 Enter Kyla Fullenwider, who had been the U.S. Census Bureau’s first chief innovation officer (CIO) and—at the time of the online form’s release—a fellow at the Beeck Center for Social Impact + Innovation. With years of experience in human-centered design under her belt, she felt prepared for the upcoming challenges of the digital response and was steadfast in its necessity.

Then, exactly one week later on March 13, 2020, the federal government declared COVID-19 a national emergency.

“It was this moment where we thought, ‘Oh, everything just changed,’” said Fullenwider. “We ended up having an entirely new set of problems from the ones we were anticipating.”

In response, the U.S. Census Bureau halted its typical door-to-door operations. COVID-19 cases swelled and unprecedented stay-at-home orders were put in place across the country. Suddenly, filling out the online form for the 2020 Census wasn’t going to be a new and innovative option for residents—it was going to be the only option.

Meanwhile, every news cycle was consumed by the pandemic, and the clock on the 2020 Census was ticking. Many communities, particularly communities of color, rural communities, and those with limited access to reliable technology were left wondering how, when, and if they would be counted. As the pandemic exacerbated pre-existing patterns of inequality across the country, uncertainty surrounding the Census only threatened to further harm vulnerable communities already facing inequitable conditions.

Foundational functions of government like public service delivery and districting for elections were to be determined by the count. With her experience as CIO for the U.S. Census Bureau and her research for the Beeck Center, Fullenwider understood that digital innovation and community infrastructure were crucial to protecting democracy and public health, and the newly-online Census was no exception.

“We had to live in a world where we constantly needed to factor in everything we didn’t know; being agile and iterative and bottom-up was the only way to succeed,” Fullenwider said. “While the government Census infrastructure did an excellent job of adapting to once-in-a-lifetime circumstances, the flexibility and agility of the civil society response were equally as important.”

The months of research on digital preparedness for the 2020 Census she compiled while at the Beeck Center gave local leaders the tactical tools they needed to make sure their communities were represented. Fullenwider’s report provided government officials with strategies to combat misinformation, bridge the digital divide, and model their own approaches to the successful attempts of other cities. It was the Beeck Center’s “orientation toward action and collaboration and designing things to be put out into the real world,” that made her work possible, Fullenwider said.

“Having so many colleagues [at the Beeck Center] who have worked in government and data ready to brainstorm and collaborate with meant that I didn’t have to start from scratch every time I was looking for a solution,” she said. “I spent less time explaining the work and more time just materializing it.”

Fullenwider’s bias toward creative problem solving stems from her background as an entrepreneur and social designer. Her diverse portfolio of work includes directing Garden in Transit for the City of New York; co-founding the company Imperative, and creating Etsy’s first annual Values & Impact report.

Fullenwider’s path to public service was one she came into “almost accidentally,” she said. Up until 2016 when Fullenwider applied to become a Presidential Innovation Fellow, the federal government felt like a “black box,” she said.

“We tend to view government as this abstract, far away thing,” she said. “Then in the process of being a public servant, you realize it’s all just people and processes. Democracy, in general, is all just people trying to make it work.”

After her fellowship experience, Fullenwider said she had officially caught the “public service bug.” She joined the U.S. Census Bureau and continued relishing the opportunity to learn more about our country’s public data infrastructure. As efforts to create the first digital Census began picking up steam, she found pride and purpose in being the “generation to retrofit our democracy for the digital age.”

At the Beeck Center, Fullenwider approached the Census from a new angle, developing outside research and tools to combat misinformation and protect the accuracy of one of the country’s most foundational and crucial datasets.

Now, in her current role as Senior Advisor at the U.S. Office of the Surgeon General, her expertise in combating misinformation and designing human-centered solutions is being used to help communities stay informed about COVID-19, among other things.

For Fullenwider, it all connects back to the idea that public service is and always will be about human infrastructure—the network of supports that exist to help people help each other. She now knows that government isn’t a distant, faceless entity making decisions behind closed doors—it’s us.

“Whether it’s the Census or the elections or a global pandemic, I think the headline of all of these moments is that no one is coming to save us; we’re it,” she said. “Our future depends on us figuring it out together.”

Katie Hawkinson is the Storytelling and Editorial Content Student Analyst at the Beeck Center. You can find her on LinkedIn and Twitter.