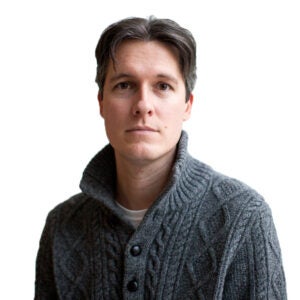 Waldo Jaquith was an atypical 17-year-old. A self-proclaimed “high school dropout who spent [his] spare time in city council meetings,” he was the only teenager in the room when the council first mentioned the idea of passing a youth curfew in Charlottesville, VA.

“My first thought was ‘Can they even do that? What are the actual laws?’” Jaquith said.

His curiosity drove him straight to the Charlottesville library, where he discovered that the hefty three-ring binder meant to house all of the city’s laws was painfully out of date. After a quick follow-up at the city clerk’s office, Jaquith was in possession of the full archive of laws and statutes. But the experience raised new questions for him: does anyone even know this information exists? How could it be made more accessible?

The solution, at least to Jaquith, was obvious.

“It was the ’90s and putting anything on the world wide web sounded like a bold and clever idea,” he said.

Binder in hand, Jaquith knocked on the doors of businesses in downtown Charlottesville, bartering to scan 20 pages at a time to avoid the library surcharge. Once he had a complete digitized version, he proudly posted it online, marking his first foray into the world of open digital governance.

Meanwhile, Jaquith’s outrage at the youth curfew proposal had caught the attention of Mary Bauer, then the legal director (current executive director) of the American Civil Liberties Union of Virginia. Together, they decided to sue the city, taking the case all the way to the U.S. Supreme Court. Ultimately, they lost and the curfew was put in place, but Jaquith still found a way to have the last word. 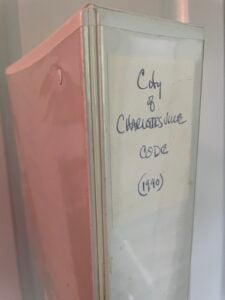 When Jaquith came to the Beeck Center for Social Impact + Innovation as a fellow in 2020, he had already spent decades in and around government. While his job titles varied—from senior innovation specialist at 18F to leading an open data initiative at the White House Office of Science Technology and Policy, among many others—his motivations remained rooted in his core mission.

“I really value government that functions better in the ways that are the highest touch for the public—particularly for the most marginalized members of the public,” he said. “As humans, we draw on our own experience, so when government serves people badly in the ways that are most visible to them, then it’s easy to believe that none of government works, which just isn’t true. That is something I’ve been interested in making better for a long time.”

Alongside then-Beeck Center Fellow Robin Carnahan, Jaquith set out to research a crucial yet rarely thought about aspect of government: the software that states, cities, tribes, and territories use to ensure the functions of daily life run smoothly.

Jaquith and Carnahan hypothesized that, because of the similar day-to-day functions of governments across the country, equivalent agencies and departments have roughly an 80-percent overlap in their software needs. Therefore, the creation of shared platforms across entities would likely reduce risk, cost, and labor, and improve the scope and quality of what public officials could offer their constituents.

“The idea behind a cooperative approach is that, done right, it is premised on things like user research to make sure that the software is solving the underlying need,” Jaquith said. “And instead of by accident of birth or otherwise, dealing with a terrible system in the state that you’re in, if state municipal governments could share software openly and competitively so that the very best ideas, practices, and programs could be broadly available, everybody benefits.”

It didn’t take long for Jaquith and Carnahan to figure out that what they had originally thought was a novel concept—software sharing cooperatives—actually already existed in various parts of the country and the world, largely all unaware of one another’s existence. So they began focusing their energy and resources on bringing the members of these unofficial collaboratives together to learn from each other and grow the evidence base for the practice.

“It’s not just cooperative software, it’s the underlying things that start happening when you cooperate focusing on the needs of your members, which in turn are the needs of the users,” Jaquith said. “Then you’re much more likely to have tech that has a minimal footprint, that’s easy for the public to interact with or, ideally, that the public never has to interact with at all because the government just quietly works for them.”

Carnahan and Jaquith published landscape research on the topic and laid the groundwork for the Beeck Center’s Intergovernmental Software Collaborative project before passing the reins to the project team that would carry it forward. For Jaquith it was bittersweet to watch the project grow into its next stage backed by “the right people, the right funding, and the right university,” as he and Carnahan transitioned into roles within the federal government’s General Services Administration (GSA) in late 2021.

“But my career has been a series of deep-dives into relatively new spaces, each resulting in some sort of reshaping of that space for someone else to build upon,” he said.

Now, as a senior advisor to Carnahan—who serves as administrator of the GSA—Jaquith is continuing the work of ensuring public servants and public services do just that—serve the public. Taking all he’s learned about the benefits of shared software, Jaquith is hoping to use his position within the federal government to expand the portfolio of what’s offered and improve access to already existing and shareable software for states, localities, and tribal and territorial governments.

Just as with the three-ring binder collecting dust on a shelf in the Charlottesville library, Jaquith still firmly believes that the first step toward improving something is to make it more accessible. Whether that’s posting hundreds of pages of statutes on a barebones website or identifying the flaws and pain points in how a state procures software, it is all to make systems work better.

“With access comes knowledge, and with knowledge comes the opportunity to improve people’s experiences,” Jaquith said.